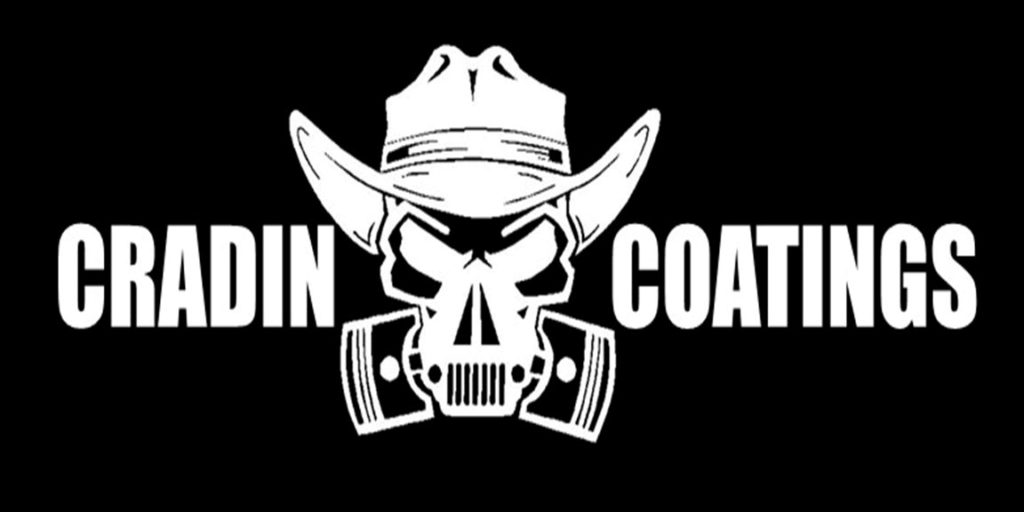 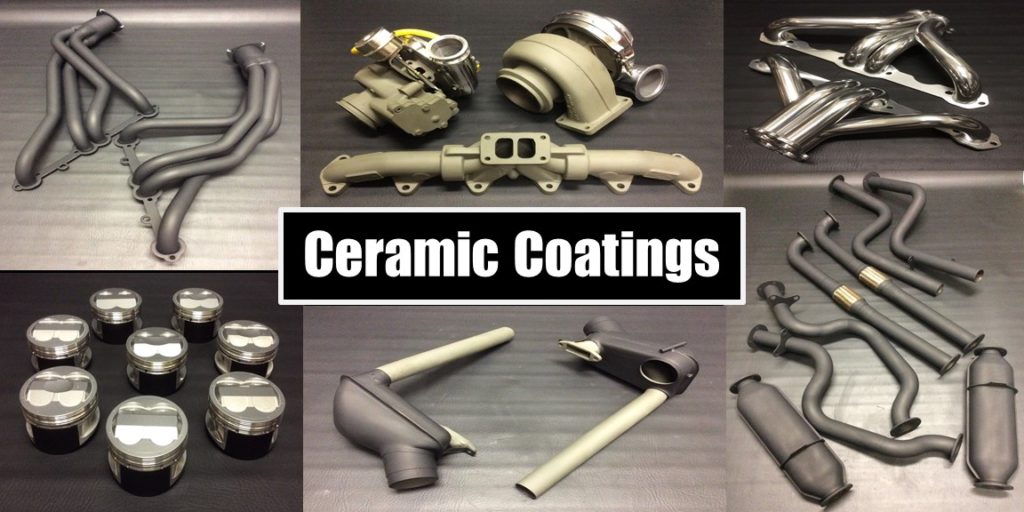 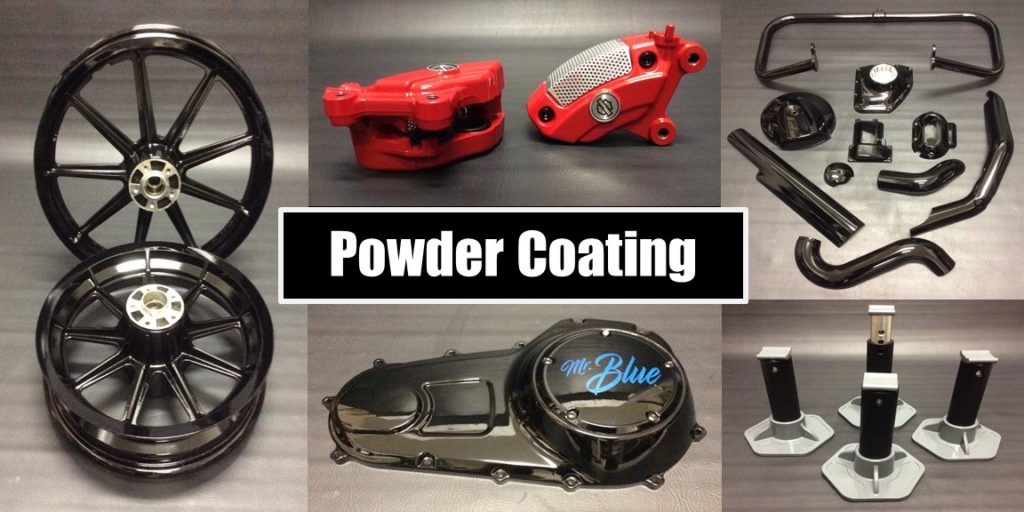 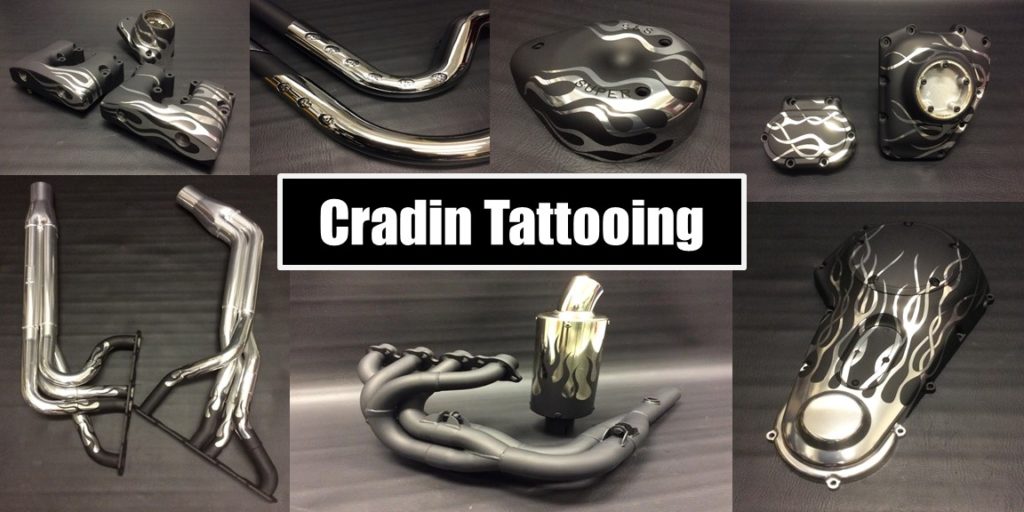 The BendStretch is a Patent Pending under knee support device specifically ...

Cradin Aerospace, Inc. is a 100% woman owned and managed company. We handle all ...

We work with the Racing and Race Car Industry. At Cradin we believe, the only ...

Protective coatings can be applied to any engine component to extend the life of the product.

Most industrial performance coaters are just that, Coaters. Meaning, they apply a commercially available “acceptable & proven” formulation to customer components; then let the customer determine if their coating process is any good. If things go as planed, then everybody is happy. At Cradin Industries, Inc. we know exactly what works and what doesn’t! Let’s be candid, there are numerous “ceramic” coating formulations available from some engaging industrial chemical giants. But, how does a coating applicator actually determine which of the commercially available formulations are the best suited to specific customer requirements? We, at Cradin, accomplish this task by testing the subject coating on our high-load low-oscillation test rig. Next, we test coated components on our in-house Stuska Engine Dynamometer, and finally “track side” on our Tulu Racing 1990 Beretta 588 C.I. Big Chief powered drag racing car. At Cradin Industries, Inc. we know what works and what doesn’t…because we test and we test and then we test some more!
Understanding the basics and diversity of high performance coatings, which satisfy an extensive range of today’s engineered material design criteria; no single coating formulation, regardless of its manufacture, is capable of handling all of these diverse mechanical and chemical requirements. In that regard, let’s break it down into four fundamental coating categories; those being:

One of the obvious reasons for using a solid or dry film fluoropolymer lubrication coating is to reduce friction. A simple reduction in friction greatly reduces component interface contact wear, which in turn, frees up horsepower typically lost to friction. Well, what exactly is a fluoropolymer? Polytetrafluoroethylene (PTFE, generically known as teflon) has the lowest coefficient of friction of any known solid. For this single reason engineers for years have experimented using polymers as a solid lubricant on engine components in an effort to reduce friction. Again, because of the low coefficient of friction, PTFE (or polymer) powders are added to engine lubricants to reduce friction and wear between mating components. However, PTFE is extremely soft and expensive. Fluorocarbons are various chemically inert compounds containing both carbon and fluorine and are used mainly in lubricants and in the making of resins and plastics. Fluorocarbons are hard. When blending fluorocarbons with fine PTFE particles along with selected fillers, binders, and pigments you have a complex matrix formulation known as a fluoropolymer. A properly formulated fluoropolymer coating offers the known friction reducing characteristic of PTFE and fluorocarbons in conjunction with the wear characteristics of the specifically selected binders and fillers.

There are obvious critical areas associated with power loss and damage caused by inadequate lubrication. Two of the highest frictional contact surfaces in an internal combustion engine are design situated between the piston skirts and cylinder walls, and the interfacing contact area of the crankshaft journals and corresponding rod and main bearings. When introducing high velocity reciprocating movement, one can only hope that hydrodynamic (boundary) lubrication is occurring. Wait a minute, how about “cold starts” when all the oil has drained down off the piston skirts and departed the bearing surfaces…isn’t the engine literally operating dry! Reason enough for having components fluoropolymer coated. However, don’t ignore the Performance Enhancement benefits of fluoropolymer coatings designed to significantly diminish friction and freeing up wasted energy (horsepower)..

Gear type oil pumps (wet sumps) require extremely close internal tolerances to properly scavenge reserve oil from the pan and then force it through the engine’s oiling network. Consequently, during operation there is substantial friction taking place which is consuming an enormous amount of energy and is converting this energy into unwanted heat. Once again we have a “horsepower” thief that can be eliminated.

Thermal Barrier coating formulations of ceramic and metal compositions are intentionally designed to reduce or isolate the movement of heat. For example, exhaust system coatings have a primary goal of heat containment within individual components; which significantly reduces operational exterior surface temperature.

However, when dealing with a combustion chamber the ultimate objective is containment of combustion generated heat within the combustion chamber, rather than having this horsepower generating energy absorbed into neighboring metal surfaces.

Properly controlled heat energy in a combustion chamber will substantially increase the downward force applied to a piston during the power stroke. Further, when the employ of alternative fuels or an increased combustion ratio is introduced a Thermal Barrier Coating will provide protection of components prone to failure; an example being piston top erosion caused by pre-detonation.

Thermal Dispersant is one of the most important, but totally neglected principals. Think about it, having the ability to transfer or control excessive operational temperature (heat). Everybody knows heat is a killer and is the ultimate factor found during metal fatigue, boiling fluids and destructive metal expansion; which correspondently introduces a multitude of other component catastrophic failures. Thermal dispersant coatings have the capability of transferring heat faster than a bare metal surface.

Corrosion and Chemical Resistance is a bona fide concern. The deteriorating effects of corrosion and chemical attack on environmentally exposed metal surfaces are obvious. Aluminum components, for example: an intake manifold can become useless if its water ports are excessively damaged by the result of erosion. How many times have you replaced aluminum thermostat housings? Some high performance coatings, by their mere composition, are multi-functional. Cradin performance coatings utilized individually or in combination are significantly advantageous toward component performance enhancement and operational durability.

Oil shedding is desirable for keeping oil off certain components that are prone to oil carbonization and the reduction of oil windage. By applying an oil shedding coating, one can reduce oil pickup of rotational components. Coating valve springs of the double or triple helical type can reduce frictional losses and breakage attributed to the inner and outer coils chafing. Frictional heat generation can be responsible for the de-tempering of springs. Coating valve stems considerably reduces wear of the rubber oil seals that sit on top of the valve guides; greatly prolonging their life and reducing oil leakage down the valve stems into the ports and combustion chambers. An extremely high load application is camshaft lobes; a coating containing high molybdenum disulfide content is desirable. During dyno testing, we have see wear of the coating on the up-side of the lobe ramp upon start up and after a few hours of run, but no further deterioration after. Although some may consider the coating “soft” for this application, benefits are gained by friction reduction and reduced wear.

We work with the Racing and Race Car Industry.

At Cradin we believe, the only way to truly understand a sport, is to participate. We test, participate and then we test it again and then we test it some more. Redundant yes – but Cradin Industries / Tulu Racing is absolutely positive, when a product leaves our factory, you have received the best product money can buy.

Our CI-1000 Coating is on the headers and piston heads and skirts of a Top Fueler and an Alcohol Funny Car that are running the NHRA circuit 2005 season. You can read an article about these two cars in National Dragster October 7, 2005 issue of their magazine.

Cradin’s Pipe Tattoo is an artistic and highly specialized application of your special design on to virtually any metal surface.

Cradin’s objective is and will always be; to produce their own products in America by Americans. Why, because it is their reputation and integrity on the line not someone else’s. Having a strong technical background in aerospace along with literally years of marketing & sales experience, a decision was made to enter the industrial market place.

Some of the many services Cradin offers is as follows:

Cradin Aerospace, Inc. is a 100% woman owned and managed company. We handle all “aerospace” applications such as, material testing (Lockheed Martin) associated advanced material developers; aircraft component coatings (Mooney Aircraft, Texas Skyways and numerous homebuilders). We have done some repair application for Pratt & Whitney (San Antonio); manufacturer of the LUFA spherical bearings (both plain and rod ends) and so much more.

Learn more about the BendStretch here…